George T. Morgan’s classic design makes the Morgan Dollar highly desirable to collectors and investors around the world. The Morgan Silver Dollar is the most popular Silver dollar in the world.

There are few coins produced by the US Mint that have the history and acclaim of the Morgan Silver Dollar. This silver dollar coin was first produced in 1878 and would remain in circulation until 1904 (with one additional minting in 1921). All Morgan Silver Dollar coins were minted in 90% silver and contained a total weight of .7734 troy ounces of pure silver. The specific coins in this offering have been assessed as being in Good (G) condition. 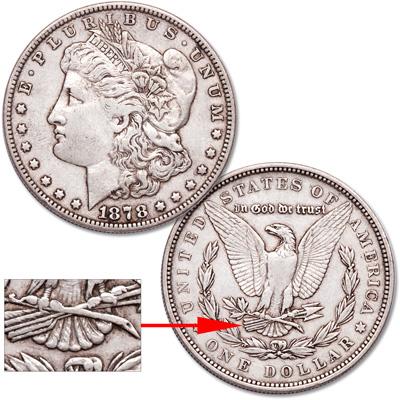 The Morgan Silver Dollar was produced continuously from 1878 until 1904 and once again in 1921. It was originally a replacement for the Seated Liberty Silver Dollar which was brought to an end by the passage of the Coinage Act of 1873 after over 30 years of circulation. This act also ended the practice of free coining of silver, which required the US Treasury to accept any silver presented to it and return it after coining. 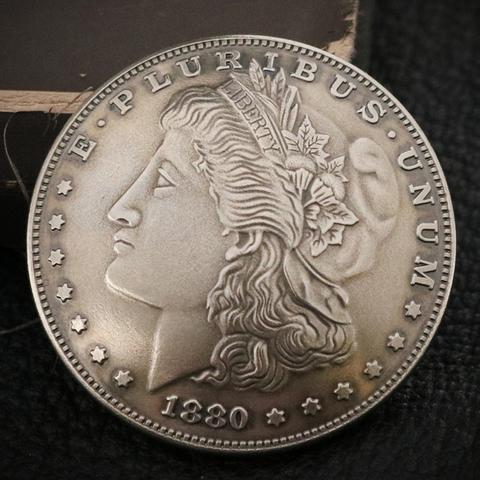 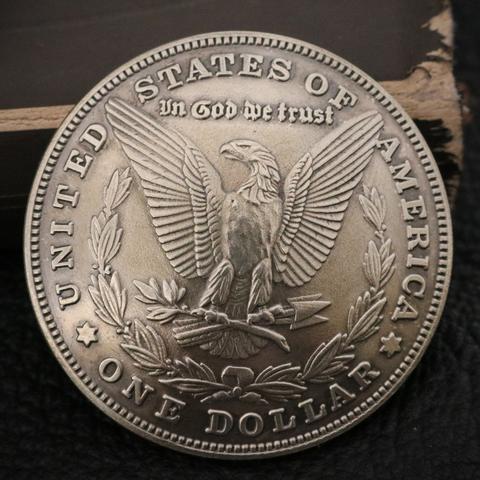 George T. Morgan, the US Mints Assistant Engraver, designed the Lady Liberty and bald eagle images featured on the coins. The Morgan Silver Dollar ceased production in 1904 because all of the silver purchased under the Sherman Silver Purchase Act had been depleted. 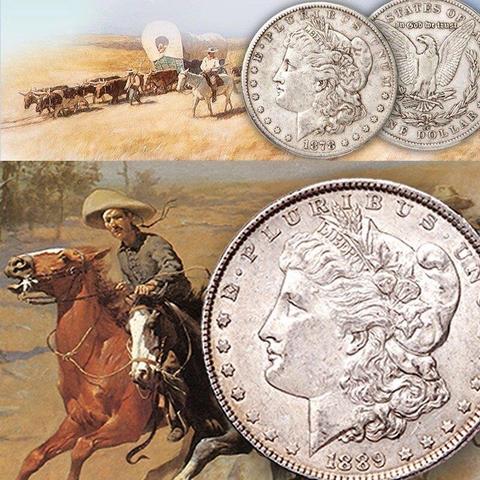 Morgans' left-profile image of Lady Liberty is featured on the obverse side of the coin. The phrase E Pluribus Unum is engraved above her head, while the year of minting is engraved below. On the reverse side, his image of a bald eagle with outstretched wings includes an olive branch in one talon and arrows in the other. The eagle is encircled by the engravings of the United States of America and One Dollar.

The US Mint system is responsible for the production of all commemorative and circulation coinage for the federal government. The Philadelphia, Carson City, San Francisco, and New Orleans mints produced the Morgan Silver Dollars, while the Denver Mint was the only facility to produce the one-year run of coins in 1921.

We want you to be 100% satisfied with the products you buy from us. If for ANY reason you are not satisfied with your purchase, we offer an iron-clad money-back guarantee.

RETURN & WARRANTY
100% Secure payment with SSL Encryption.
If you're not 100% satisfied, let us know and we'll make it right.

We are happy to offer free worldwide shipping for all orders